Finish This Sentence: "I was really surprised to find out..." 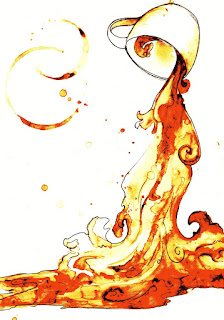 “I was really surprised to find out…” The author’s sleepy words dribbled off into a mumble.
His wife’s eyes widened. Why couldn’t he be like other men that enjoy football games, movies, and maybe even come to bed at night? Instead he types like a maniac until the no longer wee hours, drinks coffee until four in the morning, and listens to Symphonie Fantastique again and again, his eyes growing a little wider each time the head rolls. She sighed and handed him another cup of inky java.
“You asked me to read your last revision… What is this, number twelve now? It’s the last one, right? I don’t understand why you say you are surprised. I’ve been telling you for weeks. Your one-legged elf, the Saci-Pererê, runs away from crosses and leaves a sulfur smell behind, but he’s not the same as the Devil.”
“I am just simplifying the folklore for readers who don’t understand the customs.”
“It’s incorrect though. Saci-Pererê is from the children’s literature. It’s kinda cute. You can’t just make him into Lucifer for the sake of expedience.”
“Fine, fine. I know. I mean, I’m going to fix it, but that’s not what I am saying anyhow.” He took a steadying sip and set the dripping mug upon the table already bearing a dozen impressions of other times he forgot to find a coaster. “I meant that I was really surprised to find out that all writers, even the best ones, all face the same adversary, themselves, and that, even with all the experience we muster, our internal war never abates. The only recourse is to reach deeper inside our ever-emptying souls. Bird by bird? A small portrait frame is just a useless device, a ploy! In the end, all of us must steel ourselves and wade naked into the ring to slay the Saci-Pererê, Lucifer, or whatever literary obstruction, and it doesn’t matter what it is. It must die for the story to go forward. We must kill it. That’s the only truth.”
She rolled her eyes. “You must be really tired. That’s a mixed metaphor. You wade into the ocean or a pond. You don’t wade into a ring.”
He raised his hands in a futile gesture of appeal. “But that’s not even the part that matters.”
She kissed him, a feathery brush against the forehead, and offered her hand.
“Just come to bed,” she said. 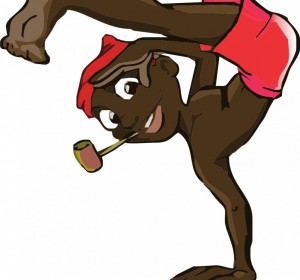