“By the Strength of Their Illusion”: Reflections on the Scottish Play 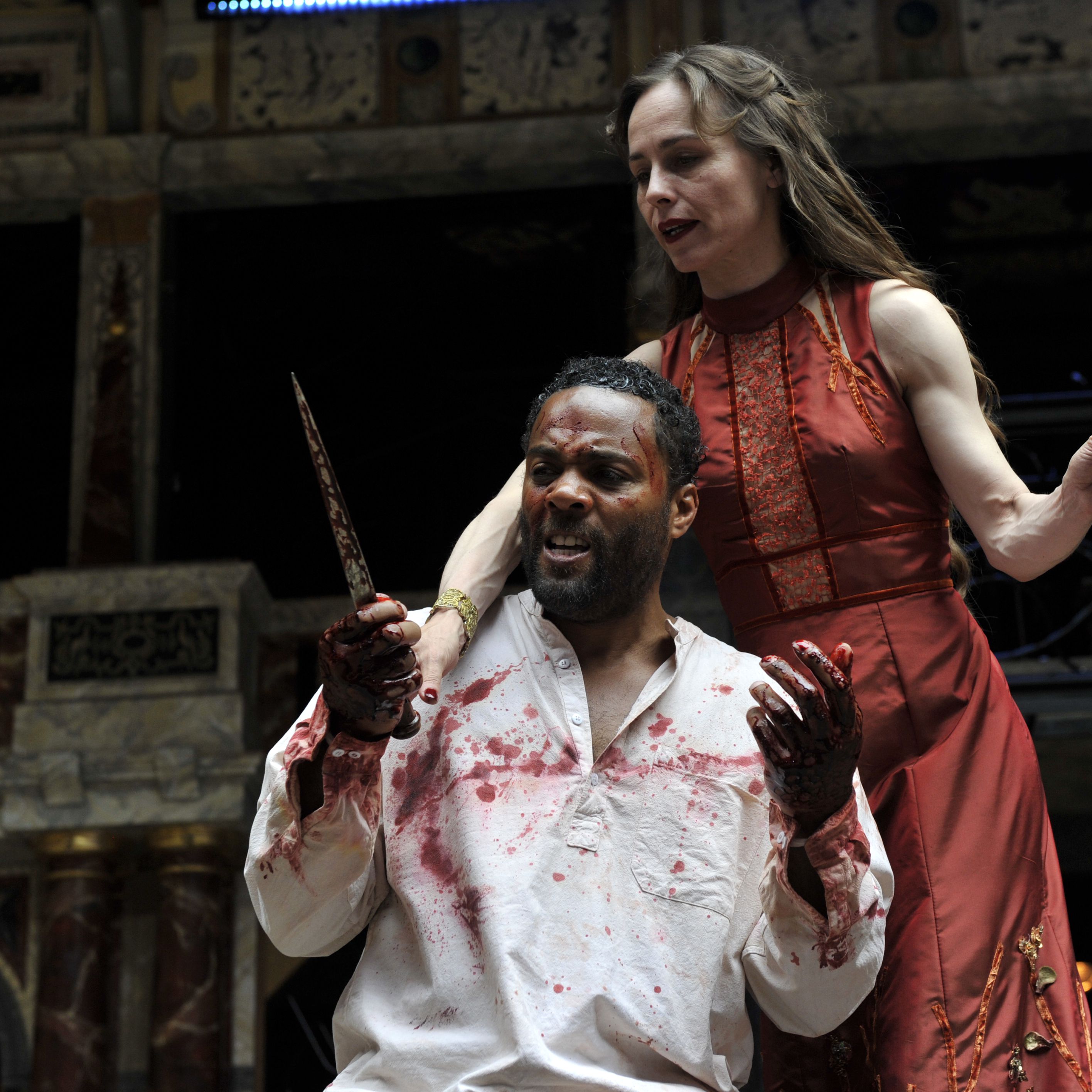 Macbeth by William Shakespeare
My rating: 5 of 5 stars

Although the signifier “mirror” is absent from Macbeth, and “glass” only appears twice, once as a prop instruction and once in dialogue, The Scottish Play fairly bristles with reflections, though like the mirrors of its time, they are somewhat deceptive. First, of course, is the mirror in the apparition shown by the three witches to the haunted king. Macbeth’s vision of Banquo’s kingly successors, especially “the eighth [who] appears, …bear[ing] a glass… show[ing]… many more” dooms his erstwhile ally (Mac. 4.1.118). The doctor and gentleman who watch Lady Macbeth sleepwalking in Act V, Scene I, are another mirror, this time reflecting the play’s audience. Finally, there are the transgressive mirrors addressed by Garber, those “taboo border crossings” (91) “between a thing and its reflection,” (93) such as “sleep/waking, male/female, life/death, fair/foul, heaven/hell, night/morning,” which pervade Macbeth, seasoning it with Umheimlich (91). All of these mirrors collaborate to resolve a key point into focus, one apt for the play’s time: Regicide leads only to senseless bloody chaos, and the guarantor of a healthy, stable nation is a virile king.

Arguably, the play’s protagonist Macbeth is a similarly twisted reflection of King James I. While both men have Scottish roots, Macbeth came to his throne on the wings of war with Ireland and Norway, “Pale Hecate's offerings[,] and wither'd murder” (Mac. 2.1.52). In contrast, King James I ascended to rule peacefully as the first cousin twice removed of Queen Elizabeth I. No lover of war, one of his first foreign policy gambits was to negotiate the Treaty of London ending a 19-year conflict with Spain. He even managed to steer England clear from most of the disastrous Thirty Years War. The play’s reference to Hecate, goddess of witches, and Macbeth’s interactions with the witches also relates inversely to King James I, who, while best known for the 1611 translation of the Bible, also wrote Daemonologie, a dialogue where two men, Epistemon and Philomathes, discuss topics like Satan, witchcraft, necromancy, spells, and, naturally, demons, all with an air of casual, pious misogyny. In fact, Garber asserts that Shakespeare may have included the three witches and Hecate in the play because of the king’s “interest in witchcraft” (116). The apparition with the glass and line of Banquo’s successors would have also pleased King James I, because he “traced his ancestry to Banquo” (Garber 116).

Virility is another distinction where King James I has an apparent advantage. Barmazel relates Macbeth’s political ambitions to his member, asserting both are “insufficient to the task at hand,” the two tasks being murder and procreation of a political heir (123). Macbeth’s lack of issue is notable, especially when compared to Duncan (who has two sons, Malcolm and Donalbain), Banquo (whose son Fleance escapes Macbeth’s assassination scheme), and Macduff (whose child is slaughtered by one of Macbeth’s “shag-haar'd villain[s]”) (Mac. 4.2.78). Barmazel notes that because Lady Macbeth is intimate with nursing, “the responsibility for any reproductive problems the couple might have lies squarely with Macbeth” (121). Nor is fictional Macbeth’s case helped by Lady Macbeth’s constant chiding of his manliness, saying, “When you durst do it [murder], then you were a man” (1.7.49). Moreover, her erotically-charged soliloquy in Act I, Scene V, beseeching spirits to “unsex me here;/and fill me, from the crown to the toe, top-full” speaks volumes about her femininity, for she must be sexual to require such unsexing. On the other hand, she exhibits a number of frightening characteristics for a woman in those times; for example, her first appearance— “Enter Lady Macbeth, reading a letter”—would have raised Daemonologie’s witch-hunter eyes (Mac. 1.5.1). Also, in Macbeth’s defense, the prevalence of child mortality fully explains the lack of an heir, a point Barmazel admits but stresses somewhat less than her allusions to his lack of a “‘rat without a tail’…’prick’ to use with his wife” (123). Indeed, of the seven children of King James I, only three reached adulthood, and he lived six centuries after the real-life Macbeth ruled Scotland .

Overall, the evidence of Barmazel along with the writings and actions of King James I show that the tragedy of Macbeth itself is a Garber transgressive mirror that successfully counterposes the images of the two kings, making the advantages of Shakespeare’s patron readily apparent. Shakespeare also had a noble goal. Macbeth’s theme of chaos and regicide were especially relevant in the context of early attempts to overthrow his rule, such as the Gunpowder Plot of the 5th of November 1605, when Jesuits attempted to assassinate the king, blow up Parliament, and install his oldest daughter, Elizabeth Stuart, to the throne. This followed on the heels of an attempt to remove King James I shortly after his coronation, the Bye Plot, another effort to restore England to Catholic rule. Indeed, regicide attempts were common in an era of religious conflict and political uncertainty. Macbeth not only depicted the danger of such anarchy and chaos, but also used the Lady Macbeth sleepwalker scene to allow the audience to contemplate themselves in the throes of such chaos, driving home the message. Altogether, the piece served as an effective means of using art to influence King James I’s subjects and move them away from contemplating alternatives on the other side of the glass.