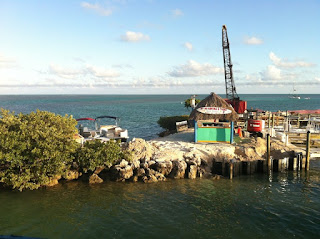 I took this picture near Key Largo. The ocean was beautiful today!