By Driving Force of Nature February 17, 2017
I’m so gay. For years I’ve navigated minefields of anxiety, carrying backbreaking loads of guilt like millstones. I’ve grappled with monsters: my mother’s rejection, my father’s silent disdain, and my religion’s promise of an eternity of torment. Those claws and fangs no longer instill my heart with dread. I am at peace.
Ironically, it started with violence, a fight in front of the Pleasure Box, my busy South Beach club. It was quick business: two untrained testosterone geysers tossing fisticuffs beneath the marquis amongst the gawkers and paparazzi I never let inside. Beneath the glow of neon chasers, I recognized one fighter. I hadn’t seen him since leaving high school fifteen years ago, but nobody else possesses his pouty-lipped sneer and perpetual self-amusement.
“Luis?” His swimming pupils scanned my face. “We went to Central together. Don’t you recognize me?”
“I am a little looped.”
He straightened his ruffled jacket. I lit a Lucky Strike, drew it deep, and lowered my voice.
“You used to call me Pinkie. I hated you.”
“Sorry. I really don’t remember.”
“Do you want one?”
“No. Those things will kill you.”
“I was about to eat. Come join me and we can catch up.”
“Didn’t we do that already?” His playful eyes gleamed. “I’m just messing with you.”
We walked towards the wrought iron spiral stairs leading to the VIP lounge. Around us were strobe lights, pounding beats, and mayflies finding and losing each other.
“What was the fight about?”
“Last night that dude slipped me a roofie. I awoke on the beach. Robbed.”
“How much?”
“Two hundred.”
That’s what I charge for the Moet & Chandon Imperial.

I admired his ascent. He looked fit. I’ve been putting on too much weight. I hurried, following him to the loft where, hidden, I could watch the floor. It was comfortable enough, though its decor still reflected my ex-wife’s choices.
We sat at the chabudai on rice straw tatami. The discotheque was muted like we had closed a casket. Two kimono-clad minions served us, one, a reedy brunette I tried to wheelbarrow a few nights ago, averted her eyes. I waved them off once they finished.
“It’s raw,” he said.
He washed the mouthful down with my most expensive sake.
“Beef Carpaccio. Try it with the mustard sauce.”
“Blood is life.” He already sounded drunk.
“No, blood is sport.” I chewed appreciating its texture, how the rich flavor inundated my tongue, the traces of lime, olive oil, salt, and pepper. We made small talk, each of us lying, him following my lead. Then I said, “You don’t remember me at all, do you?”
“I didn’t go to Central, but—”
“Liar. The things you did to me in school…” His mouth was full, but he stopped chewing. “You forced me—”
“No. Don’t say it.”
The music downstairs dwindled. I chewed in silence, letting my hatred and guilt marinate him, while pondering murder. Sometimes you do.
“I got help,” I said at last. “Heterosexual reparatory therapy. The church gives you a straight mentor. You confess, pray, and beg forgiveness. Eventually, they say you’re cured.”
He regarded me like he had never seen nightfall, and I was a total eclipse.
“Luis, you made me gay.”
“That’s fucked up, man. Come on. Nobody makes you gay. Being gay is a choice.”
He stood and stumbled backward. Did he intend to leave? He wouldn’t get far. The alcohol must have enhanced whatever he was on. He teetered a moment before tumbling back to our tatami. Sipping my drink, appreciating the fragrance of violets and flavor of melons and passionflower, that subtle hint of cherry, I discovered I was smiling. I wondered if my cheeks were as flushed as his.
“I’m not Luis.” The ochoko shook in his trembling hand. “I was just hungry and broke.”
“You were pretending?”
“Listen. Someone molested you so you’ve confused being gay with being violated. That’s horrible, but your church and their labels don’t matter, only your choices do. Your life needs to work for you. You need to define it, not them.”
“I’d rather just kill Luis.”
It was getting late. Downstairs they would be cleaning. I opened my wallet and removed two crisp hundred-dollar bills and pushed them towards him. If I tore one in half, I could tape it and spend it without any effort at all. People are so much harder to stitch together.
“What’s that for?”
“The price of absolution.” I took my last bite. “So, what do we do now?”
“I’m Carter. What’s your name?”
“Wade.”
I had to laugh. We had discussed my greatest shame without exchanging our real names.
“Have you ever seen a white whale?”
I shook my head.
“Want to see mine?”
That white tattoo, delicate and benign, smiling even, stretched across his hind cheeks. My heart was pounding by the time he finished.
“Yeah, I ain't got much on the porch, but my backyard is a funhouse,” he said.
I exhaled and yearned, but my voice failed.
“I’m good with knobs and levers,” he said. “Let me fix you.”
Quietly I took his hand, guiding him to the elevator to my penthouse apartment, to these sweat-drenched sheets where we spent our night unearthing gut-wrenching delights.


I’m not in love, but at least, Good Lord, I feel like I am living. 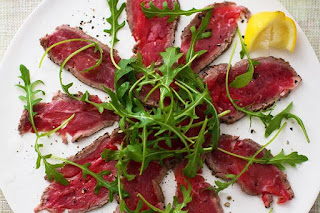