By Driving Force of Nature March 24, 2017
Our marriage’s tides rise and ebb. I sense their rhythm, those neap phases and spring highs. Denise, my wife, loves calm water, but I yearn for the surf, so we each steer our craft different ways. Somehow, we avoid floundering.
In 2009, I traveled alone to Switzerland on business. It’s my most frequent destination, because I write computer programs for a customer in Sankt Gallen, near the Austrian border. The Swiss are punctual and demanding, but their fame for honesty and discretion is well-earned.
The all-night flight spent working, a train, a taxi, speaking rusty German, and the daylong office debriefing all took their toll. After showering off the travel muck and sliding between my bed’s crisp sheets, exhausted and half-drunk to boot, the hotel walls closed in, leaving me studying the ceiling. Ten almost identical nights followed. I exchanged wine and tequila for hashish and absinthe, but aside from adding psychedelic patterns to the ceiling, nothing improved. I programmed past midnight, stumbled back to my room, and fought demons until dawn. 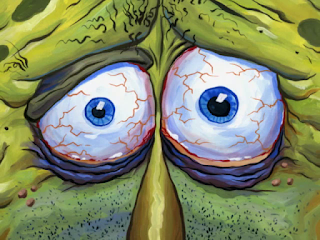 Imagine my joy when a couple I knew, Raul and Simone, invited me to a club on Langstrasse, in Zurich. They knew a local reggae band playing there. Since I was returning to Florida the next morning, I offered my hotel’s sofa bed, sparing them the return drive to their Alpine cottage. Switzerland has zero tolerance for driving inebriated.
We met at the club, and they introduced me to the band. Simone used to sing with Ernst, the drummer, in another act. The band grooved, and by set break, the audience was ecstatic. They left the strobe lights and steam machine on, creating a surreal ambiance. Hoarse from screaming and smoke, I angled for space at the bar, squeezing in between a lip-locked couple and an inked transvestite in a sleeveless frilly gown. Simone and Ernst were the tonsil-probing pair beside me.
The crowd around me tightened. Before I was crushed up against the lovers, I escaped downstairs to the street level, feeling alone in the multitude. I squeezed outside onto the sidewalk where I could breathe freely again.
It was late, but the streets were still busy with happy cavorters. I set off to explore. A few blocks away, as I passed through a park, someone called my name. It was Raul.
“I’m waiting for coke,” he said.

His restless pacing suggested he had already indulged.

“There’ll be plenty.” He licked his teeth, making fleeting eye contact. “You can have some.”

“My twelve-hour flight’s in seven hours, Raul. I haven’t slept for a week.”

I wasn’t comfortable leaving him alone, but neither did I want to stay. Zurich is almost Disneyland-safe, but blow attracts violence like sugar does flies. His nervousness was contagious. I worried about the police too. People smoke pot on the late-night Zurich trains, but cocaine is just as illegal there as America.

“We should go back to the bar,” I said “Simone is there.”

His frenetic motion ceased and he squinted at me, studying my face.

“She’s always been a free spirit,” he said. “Besides, they are old friends.”

He heard disapproval in my voice I didn’t intend.

“Michael, this is Europe, not America. We live in the twenty-first century. We are modern people. We can love whomever, whenever, and wherever we want. It’s our life, our rules.”

In my mind I heard the crash of the surf. I envied him, imagining the myriad fantasies they could pursue together.

“And I am a man who lusts for novelty trapped in a traditional marriage?”

“You must be so frustrated.”

“Simone never gets jealous when you stray? My wife would slice off my cock.”

“No. I am faithful, though. Once you have the best, why keep searching?”

I was stunned by the gap between my fantasy and their one-sided reality. Fortunately, my awkward moment ended with the arrival of his apologetic dealer, returning the money. By then, Raul wasn’t craving it anymore anyhow. In fact, he was yawning. I was still wired.
We found Simone alone at the bar, the band long departed. I checked the train schedule and discovered we had a half-hour to reach the station. Between gulps of beer and kisses, she detailed her conquests while we meandered empty sidewalks.

“I’m sorry I missed that,” I said and meant it. Simone has a great voice.

“Everything is shit,” Raul said when we reached the station. “I’m shit. You are all shit.”

“Trains are shit too.”

He bolted off. Simone, bored, remained leaning against a spotless marble column. She shrugged, and I realized that I was a mere extra in their frequently replayed drama.

After a while Raul returned. They argued in German, too fast for me to understand. Raul started crying. She left him and approached me, her voice a conspiratorial whisper.

“Can you make sure he doesn’t run off again?”

“He won’t. I promised we’d screw when we get to your room.”

She made a face.

Swiss summer nights being short, the sky brightened before our arrival. After showering, I discovered them fully dressed, snoring, entwined, in my bed. I left for the airport. 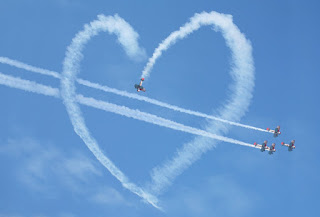 Life sometimes arranges a parade. Going home, I observed couples, loving yet imperfect, just like Denise and I are. Raul was right: We all make our rules, choosing whichever ones work best, and that night I realized a libertine lifestyle was not for me. The true lesson, though, took years longer. I now realize now that it’s not the ones who satisfy every fantasy who win at life. It’s those who can enjoy a good night's sleep.