Seven Days In May by Fletcher Knebel
My rating: 3 of 5 stars

This is the third time I’ve read Fletcher Knebel’s novel about a beleaguered president whose job is threatened by a charismatic military man. Before I go into my new impressions I will give a short summary of the political situation of 1961-2, when the book was written, coinciding incidentally with my first year alive. President Eisenhower (a two-term president who was a famous military commander in World War II) left the Oval Office in Jan 1961 after President Kennedy’s election in November of 1960. Kennedy was also a WWII war hero for leading his crew to safety after his torpedo boat, PT-109, was cut in half by a Japanese destroyer. Kennedy was matched against Nikolai Kruschev, a formidable player in the Cold War. 1961 saw American embarassment in the Bay of Pigs invasion of Cuba, a summit in Vienna, and the construction of the Berlin Wall. The novel was set in the 1970s (1973 I believe) in an alternate America where a war like the Korean War was fought in Iran (leading to partition that left the military unhappy) and without a Vietnam War. There are also long shadows of McCarthyism and McArthur. Those were real and scary. 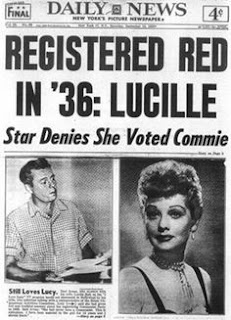 I’m won’t go into details about the plot, but I want to give some impressions about the characters. First General James Mattoon Scott, the charismatic general, is a larger than life character who seems perfectly human and whose behaviors do not jive well with someone who is supposedly the brightest military mind of the generation. His plot involves capturing the President in a bunker and sending gung-ho troops to seize communication lines in Utah and capture major cities. This may, of course, have been a realistic approach in 1960 (or even 1970), but without popular backing, how could it work? Gen Scott has popularity on his side, though, and the President does not. In any case in this read I was less impressed by Scott than I was when I was younger. Despite the attempts by the authors (both political journalists) to show him as a complicated, calculating adversary and then reduce him to desperation at the end, his assumed superiority doesn’t really emerge. He is a gambling man that is sailing by jury rig (as the Secretary of Treasury points out - mixing metaphors because Scott is actually an air man). Lyman, the President, by contrast comes off as likeable and philosophical with a good sense of his place in history. This is one of the themes throughout the book, selfless duty to the constitution that seems almost quaint in these days of the Tea Party.

The story is written in 3rd person limited point of view with alternating characters. Thus we get Colonel Casey’s perspective about General Scott’s lies, but never Scott’s impression about Casey’s “disloyalty”. I’d say that some of the suspense is killed by solving problems quickly, but this is a reread so I knew they’d be solved anyhow, right? Also, I recognize the Girard’s cigarette case as a deus ex machina, but by that time the general’s men are already kidnapping, so maybe it wasn’t necessary after all. It was important enough to die for though.

As I said, this is my 3rd (and last) read and I’m impressed by how my perspective has change. I am a child of the nuclear age fully grown, but who lived with the threat of atomic winter for a good part of my life, including all of my formative years. Much has happened since 1961 and in the government and the military have become tainted. Watergate, Iran Contra, and Vietnam come to mind. 9/11 showed how vulnerable we were to terrorism, and The Great Recession demonstrated the fragility of our economy. To be elected president now it seems you must evoke a common man, but still be smart enough to actually solve the problems. This recalls some of President Lyman’s words about the lack of variation in approaches, the power of government bureaucrats compared to the power of the presidency, and numerous other reflections. For that alone the book is interesting.

Another aspect I found entertaining is the depiction of culture. Everyone seems to smoke cigars or cigarettes. High balls are consumed en masse. Casey speaks about rape of his wife as if it is seduction. Men and women have very distinct roles and service wives are supposed to be acquiescent. In another example of how the book has aged poorly the Secretary of Health and Urban Development is not included in the counterconspiracy because the color of his skin (he is African-American) would call too much attention. Can you imagine having a Black man in the White House? Not likely. 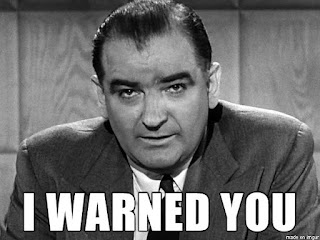 If the book has a large failing, I would say that the characters are too rote. No one except Lyman is very complicated. I wonder if people were really this simple to understand and we’ve changed, but dismiss it out of hand. The book is written for its political intrigue by journalists of that era. The reductionism that occurs also reflects on the reader of those times.

The looming question, of course, is whether something like this happen. If you are old enough to remember 9/11, the memory of the wave of patriotism after the attacks in New York and Washington in 2001 must still resonate with you. There was a groundswell of support and the wars against Iraq and Afghanistan were supported more than any since WWII. Even so, military men stayed in the background most of the time. Civilian leadership took precedence. I think this speaks volumes about our current attitude. With the end of the Cold War the military has become a diplomatic tool of first resort rather than last, but it certainly is moved by the president rather than the other way around.

To show the distance between now and then did you hear about the new Chairmen of the Joint Chiefs of Staff? 14 days ago General Joseph Dunford became Chairman. A Marine, he was the leader of the US and NATO forces in Afghanistan. “Fighting Joe” is 59 (about the same age as Scott) and shows no inclination to overthrow the government.

Don’t sleep too easy though. One way things have not changed is that both the United States and Russia are fully capable of destroying each other with nuclear weapons. Arms treaties have helped reduce the stockpile of warheads (approximately 1640 today) from the tens of thousands that prevailed back in the 1960s. 1640 nuclear weapons on each side is still plenty enough to bring on the Dark Ages again. 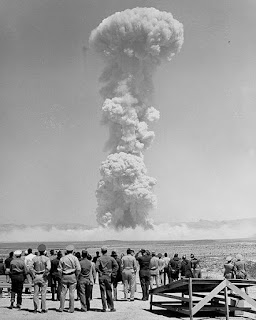 I’m going to say I still “like” the book, but not “really like” it. It has aged and not very gracefully. The concept of the story is good, but its telling could be improved. In any case it’s a quick read (300 pgs more or less 5-6 hours) and depressingly fun.