Harvest Home by Thomas Tryon
My rating: 4 of 5 stars


Let’s take a successful, but troubled couple (Ned & Beth Constantine) with a daughter (Kate) who has emotional issues that manifest in physical illness out of the city and put them in the country where all their problems will be solved. Give them a rainbow to point the way. Now, let’s see what happens.

Is there a more frightening horror archetype than the fertility cult? Belief in Earth Mother, representing both the bounty of the earth and motherhood, is thousands of years old. We see figures that some archeologists believe represent mother goddesses dating back to Paleolithic times. The Venus of Dolni Věstonice (Brno, Czech Republic) dates from 29000 BCE to 25000 BCE. In Neolithic time both in Europe and the New World, there are mother goddess symbols associated with fertility. Later there are Isis & Hathor of the Egyptians and Demeter for the Greeks. There is Venus for the Romans, and Mary who was worshiped as a mother goddess by the Collyridianists. 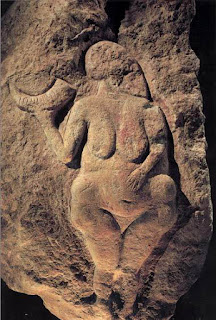 Fertile Earth, female, provider of all that nurtures, was indeed a ubiquitous fixture in early agricultural civilizations. Neopaganism is also popular today. People from the city might think it’s quaint like Ned does or might immediately feel estranged like Burt & Vicky do in King’s Children of the Corn. Other stories that explore this theme are Robert Graves’s “The White Goddess”, David Pinner’s “Ritual”, and (my favorite!) Brenda Gates Smith’s short series “Secrets of the Ancient Goddess”/“Goddess of the Mountain Harvest”. In many ways, the monotheistic god male-dominant god of Jews, Christians, and Muslims is opposed to the worship of the Earth Mother. In pleasantly pastoral Cornwall Coombe, however, the two work in tandem.

I’m not going to discuss the plot, except to say it is everything you could hope for in a story designed to scare you. Tryon cheats a little bit by making his protagonist, Ned, into *that* character. You know him. He’s the one that goes down into the spooky basement holding a candle because he hears a window opening, just after he finds out a murderer is on the prowl. Ned’s combination of recklessness, over-inquisitiveness, and bad choices makes this story work incredibly well.

Though I didn't really like Ned much (and happy he gets what he deserves) I did like the Widow Fortune and Missy Penrose who are integral parts of the cult. The Widow Fortune is the glue and Missy is her successor. Here are their made-for-tv images: 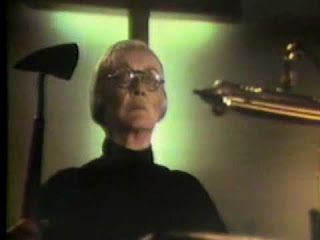 Yes, that is Bette Davis. And Missy Penrose: 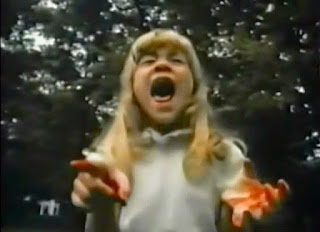 Played by Tracey Gold, who was also in The Dead Zone.

So, the lesson here is to watch out for women, because though they are beautiful, nurturing, and so much fun, they have their own needs and Mother Earth most of all must be satisfied. Failure has a very high price, so keep her happy (or else). Also, watch out for where the rainbow ends, especially if you are a city mouse.